Do not know how to arrange a wonderful evening for your girlfriend? Everything is simple – flowers, candles, champagne, chocolate, and the best romantic comedies! Such an arsenal can win over any girl, and two hours of watching a wonderful movie bring a touch of passion, tenderness, and romanticism in the relationship of two loving hearts. There are top 10 romantic comedies that will bring you a lot of positive emotions and make your romantic evening unforgettable.

Just go with it is one of the best romantic comedies to watch with your girlfriend. Danny meets a charming mathematics teacher whose name is Palmer. Willing to make a good first impression and cause sympathy, Danny tells about his hard life and problems with ex-wife and children. However, contrary to his expectations, Palmer decides to get acquainted with his wife. Danny has very little time left to come up with a way out of this situation. Fortunately, his handsome workmate Katherine comes to the rescue. She is ready to pose herself as Danny’s wife for a while. 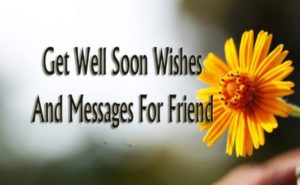 Thanks to technical progress, people have the opportunity to expunge past memories. To do it, they need to contact a special agency for expunging memory. The heroine of the film, Clementine, is deeply worried about the break up with her boyfriend, Joel. She decides to make use of the services of this agency and forget about the past. However, Joel continues to remember his love and eventually decides to return Clementine. It remains to figure out how to return the feelings and memory of the most beloved woman in the world. This is one of the best romantic comedies that will make you worry about the main characters and consider the power of love.

Bridget Jones’s Diary ranks third in the list of the best romantic comedies. It is a story about a single woman who decides to turn things around and start a new life: to get rid of bad habits, lose a few pounds, and find true love. Bridget writes down all her successes and failures in a diary. Over time, the heroine understands that starting a new life and fulfilling a cherished dream is not as easy as it seemed at first glance. If you want to change your life and find true love just like in the movies, use tinder alternatives.

This is a fantastic story about the love of man and ghost. It all starts when David moves into a newly rented apartment where he unexpectedly meets a charming woman Elizabeth. Elizabeth declares that this is her apartment, but soon she disappears mysteriously. David changes the locks, but it does not prevent her from appearing on the threshold of his apartment. Soon, David finds out that she is a ghost who tries to help the girl. Finding out the situation, David and Elizabeth begin to fall in love with each other.

According to the plot of the film, Henry falls in love with a beautiful girl named Lucy. Having communicated a little, it seems to them that they are meant to be together and that their love is eternal. But because of the tragic car accident, every morning, Lucy forgets what happened yesterday. Henry does not give up and fights for his love, even if he has to make Lucy fall in love with him every day.

In the plot of the film, there is the story of a young nurse with an unusual and very funny last name – Fucker. Greg Fucker decides to meet the parents of his beloved girlfriend Pam. In addition to the fact that Greg constantly finds himself in absurd situations, the father of his girlfriend is a former CIA officer and an expert in interrogation. Greg expects a difficult weekend, where he needs to prove Pam’s father that he is worthy to be with his daughter. He has to pass the terrible trials at the house of her parents, but for the sake of the loved one, he is ready to do everything.

This is a very bright and tender story about true love. She is an employee of a recruitment agency who is afraid of serious relationships; he is the editor of a tabloid press, who, in turn, is also dissatisfied with his relationships with women. Having met each other, they decide that both need sexual relations without any obligations. But gradually, they become something more than friends with benefits.

Love is the most inexplicable, powerful, and unexpected feeling! The film is a lyrical melodrama about the all-consuming power of love. It does not matter how it manifests: whether it is a writer who is ready to fly to the other end of the world for the sake of the woman he loves; a prime minister, who falls in love with his employee; a married lady who feels the indifference of her husband. Most importantly, it is love that rules people. A very strong cast, excellent fantastic plot, and well-chosen musical accompaniment to the film create an amazing atmosphere for viewing it together with your loved one.

Andy Anderson is a successful journalist who must complete a rather difficult editorial task within ten days. She needs to write an article about the tricks that women use to get rid of a hated guy. For it, she needs to find a boyfriend, make him fall in love with her, and then, get rid of him with the help of various tricks. By hard adventure, Andy meets a charming man, Benjamin, who, in turn, has a bet with a boss that would make a girl fall in love with him in ten days. The young people start a fun game called who wins. Will the heroes be able to get the measure of each other and win, or maybe they’ll give way to mutual feelings?

The Proposal is the last, but not the least movie on our list of the best romantic comedies. The main heroine of the film – Margaret Tate seeks to avoid deportation to Canada. For it, she is ready for anything, even to marry her assistant Andrew who hates her. They make a joint trip to Alaska to meet his parents, report on the upcoming celebration, and get to know each other better.